Some forms in the form editor contain what we refer to as imported content.

This is “generic” content that can be pulled into multiple forms instead of creating the same content repeatedly. For example, you may use the same contact details capture fields across lots of different forms. Rather than creating each of these individually in each form, we can create these fields once, and then import them into lots of other forms, wherever they are needed. 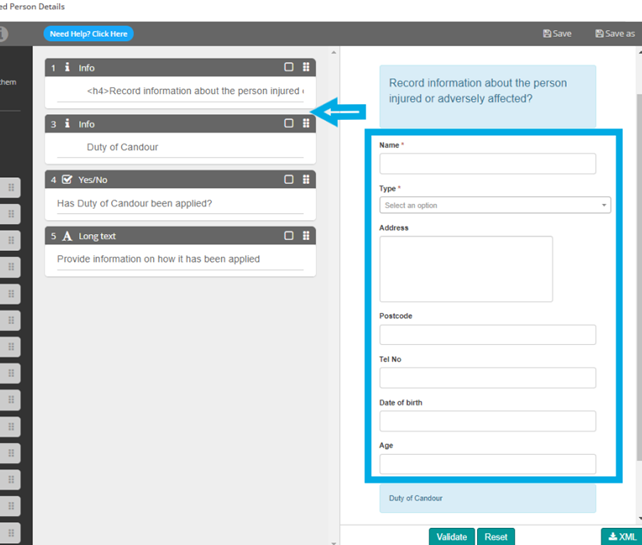 If you wish to edit the imported content and are not sure which form is being imported, please contact Radar Healthcare support who will be able to direct you to the relevant form, which can still be edited in the form editor.

Did you find it helpful? Yes No

Send feedback
Sorry we couldn't be helpful. Help us improve this article with your feedback.